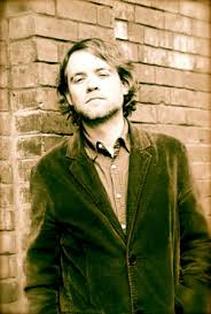 Jesse Graves grew up in Sharps Chapel, Tennessee, about 40 miles north of Knoxville, in a community his ancestors settled in the 1780s. He is an Associate Professor of English and Poet-in-Residence at East Tennessee State University, where he won the 2012 New Faculty Award from the College of Arts & Sciences. His first poetry collection, Tennessee Landscape with Blighted Pine, won the 2011 Weatherford Award in Poetry from Berea College and the Appalachian Studies Association, as well as a Book of the Year Award from the Appalachian Writers’ Association. He was given the 2013 Thomas and Lillie D. Chaffin Award for Appalachian Writing. His second collection of poems, Basin Ghosts, also won the 2014 Weatherford Award in Poetry, making him the first poet to win the award more than one time. His poems have appeared in such journals as Prairie Schooner, Southern Poetry Review, Connecticut Review, and in the Poem of the Week feature for Missouri Review. He is editor of several volumes of poetry and scholarship, including three volumes of The Southern Poetry Anthology (Contemporary Appalachia, Tennessee, and North Carolina), Jeff Daniel Marion: Poet on the Holston, and the forthcoming Complete Poems of James Agee (University of Tennessee Press, 2017). Graves was awarded the 2014 Philip H. Freund Prize for Creative Writing from Cornell University, and the 2015 James Still Award from the Fellowship of Southern Writers.

ETSU Dept of Literature of Language